She is a crew member and the voice of Miko Kubota on Glitch Techs. 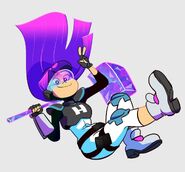 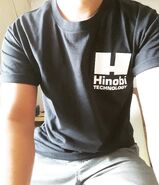